WE
ARE
MCGEES
aboutplacesmapanimals
© 2021, The McGees

In Dunedin, the Winter Solstice on June 21st brings a whopping 8 hours and 37 minutes of daylight! To celebrate, we take a wildlife cruise and attend the local Midwinter Festival.

The Otago Peninsula is home to the only mainland breeding colony of Royal Albatross in the world! We decide this is something we definitely want to see before we leave. In lieu of driving out and taking a land based tour, we opt to view them from the water on a wildlife cruise. We book our tickets and are pleasantly surprised that we and one other couple are the only passengers. The other couple is dropped part way through the cruise so we have a private tour for half of the trip. It may be cold here in Dunedin winter, but it does have its advantages. And it is a beautiful calm day to boot.

On the cruise, we learn about the volcanic geology of the Dunedin area, the history of the still active Port, and we see much more than Albatross - Blue Penguins (smallest in the world), 3 species of Shag (or Cormorant) - Little Black, Spotted and Otago, the Cape Petrel from Antarctica, the White-fronted Tern, 4 species of Albatross - Northern Royal, Southern Royal, Bullers and White-capped, and New Zealand fur seals. (See more about the birds on our Wild Birds in New Zealand blog.) The sightings are enriched with in-depth facts and details shared by the crew. It is fascinating and informative. We have the opportunity to chat with one young crew member who is finishing his Masters degree studying the size of Orca skulls world wide to determine if they are different species. Spoiler alert - he thinks they are!

On the weekend after a visit to the Otago Museum, we walk down to the central Octagon for the annual local Midwinter Festival. Everyone is there, bundled up against the cold, to celebrate. Food booths abound (including one selling “American Hotdogs”). There is a parade featuring handmade paper lanterns crafted to reflect this year’s “Never Ending Night” theme. Whales, seals, fish, krill maidens on stilts, exploration ships, etc. parade by in the night. Each lantern is lit by real candlelight within. It is beautiful. Fireworks follow and we are entertained by a great band, Fatima’s Dream, with projections of wild Orcas streaming behind. It is really strange to think that it is hot summer at home in California.

Our days are numbered here in Dunedin. We are showering our pet charges with love and affection and thinking about transitioning to our next house sit. In the meantime, we make it out to Port Chalmers for drinks and dinner at one of the oldest pubs in New Zealand - we heard about it on the wildlife cruise and couldn’t resist. Cheers! 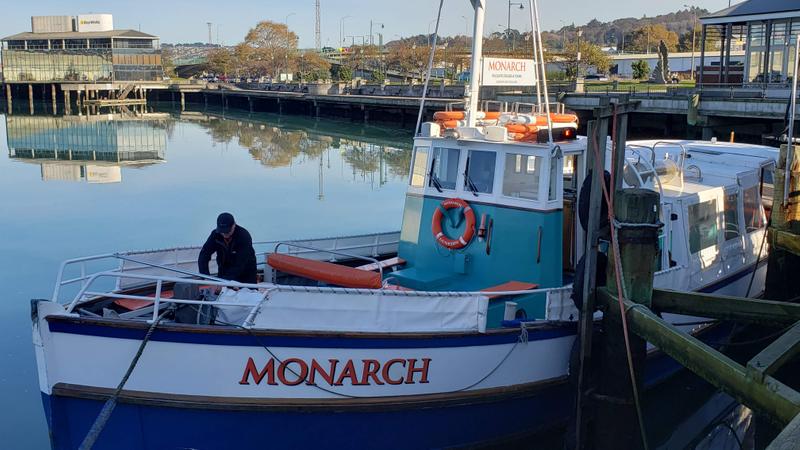 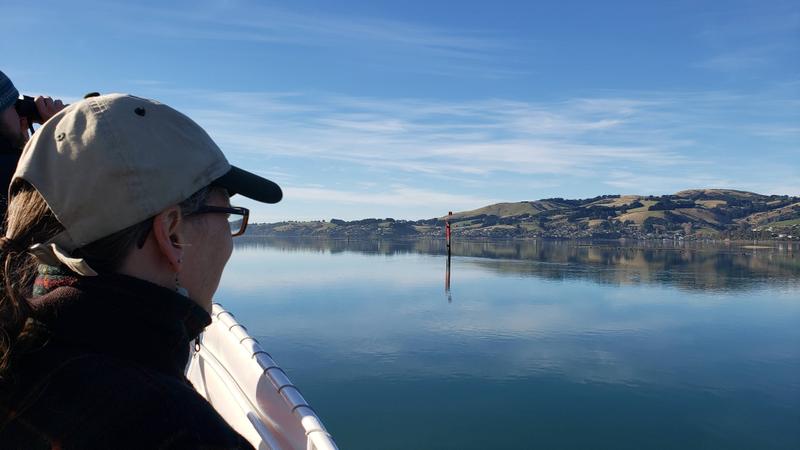 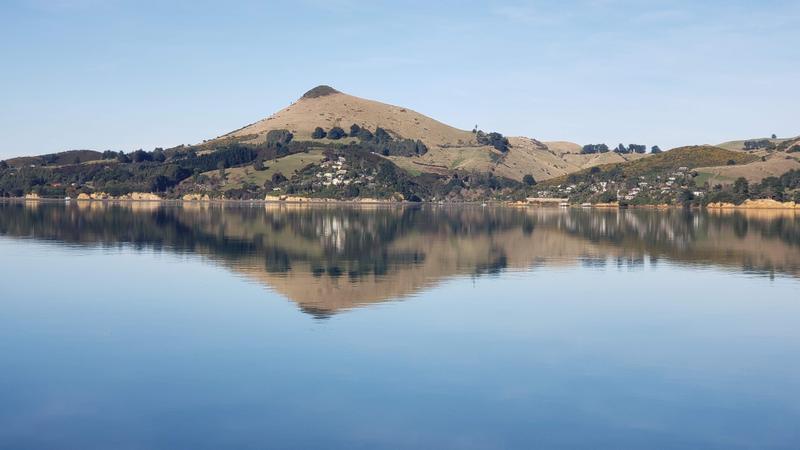 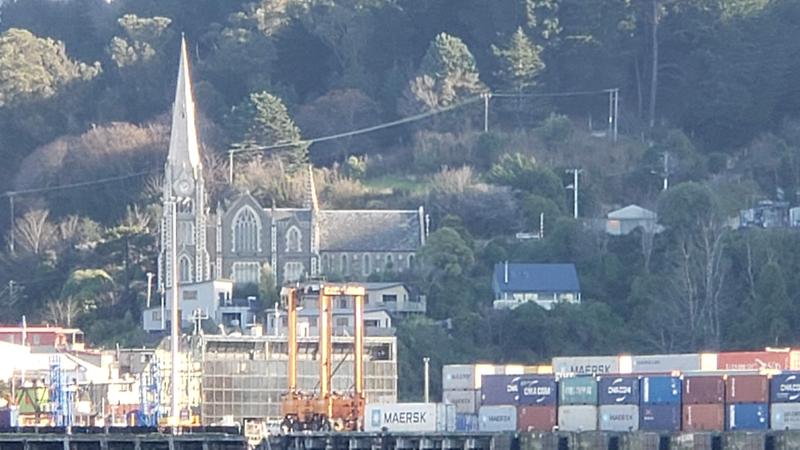 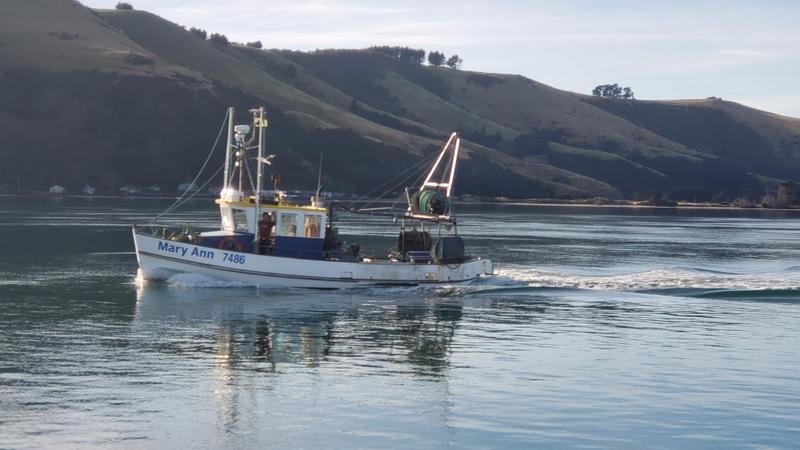 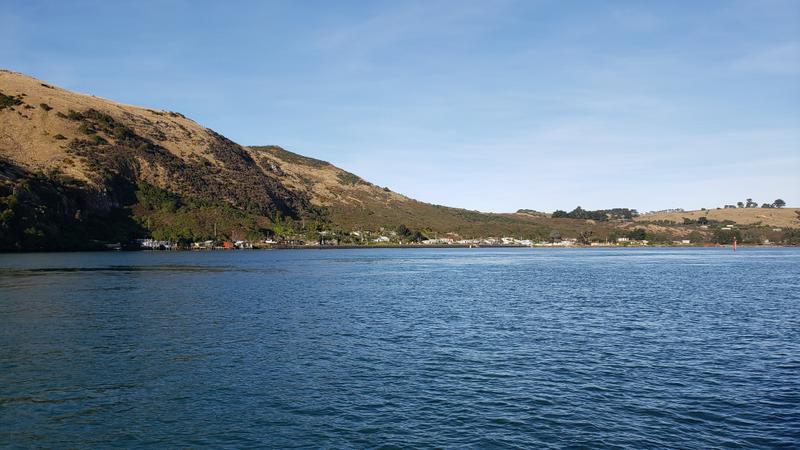 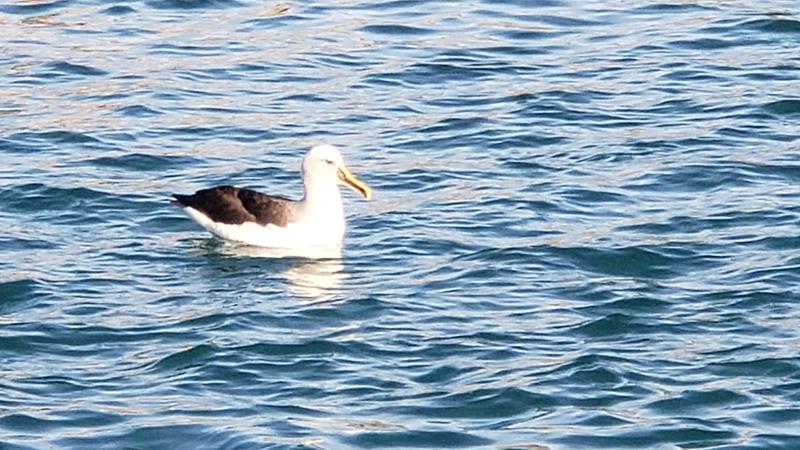 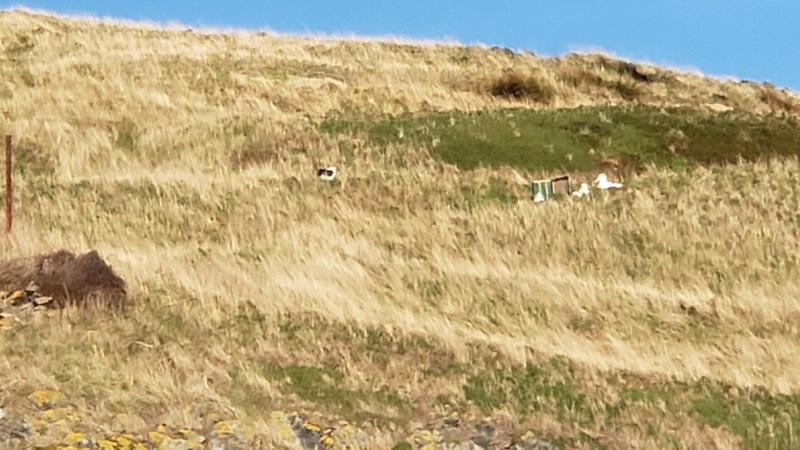 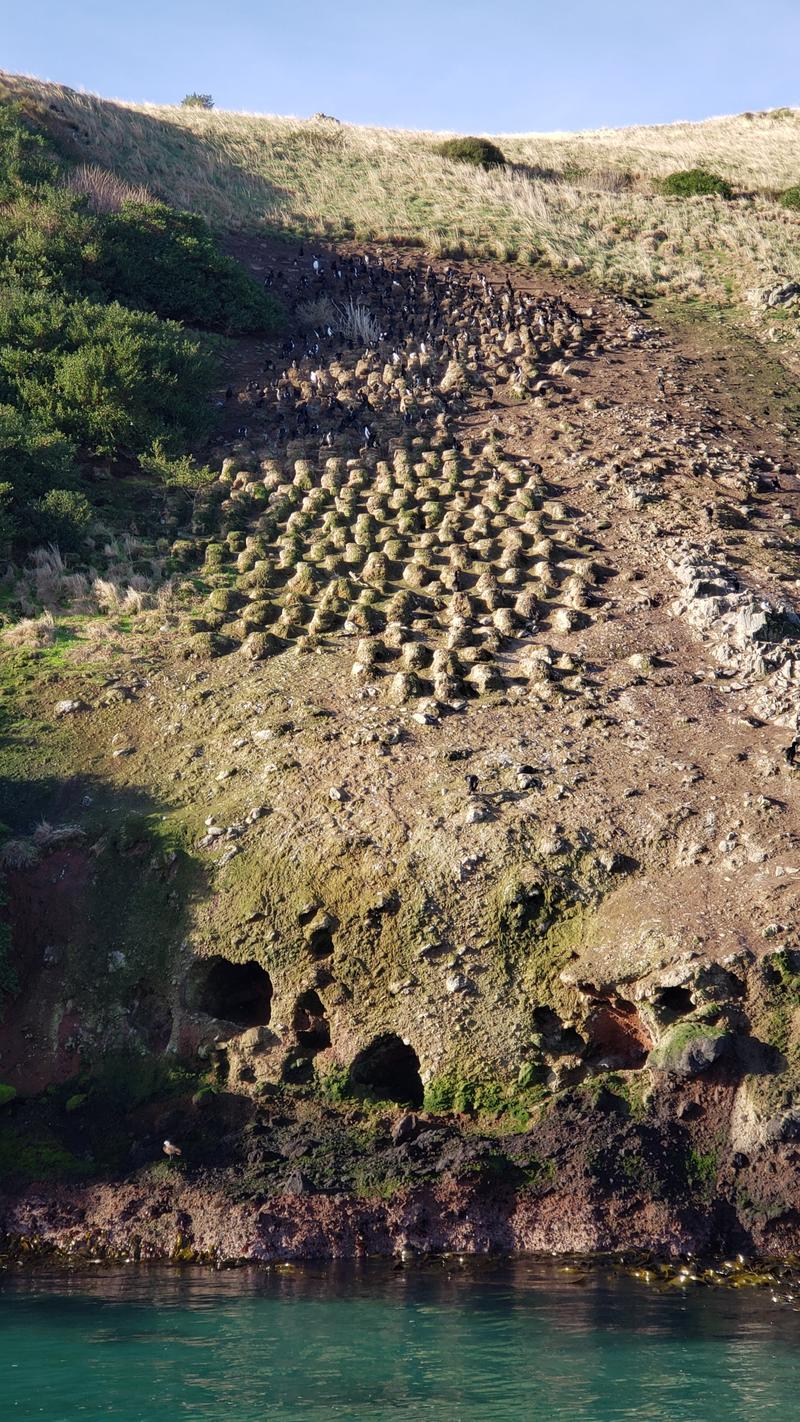 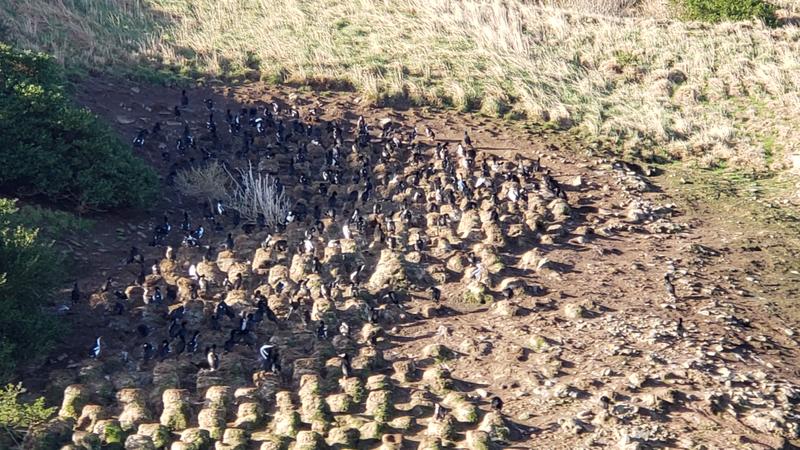 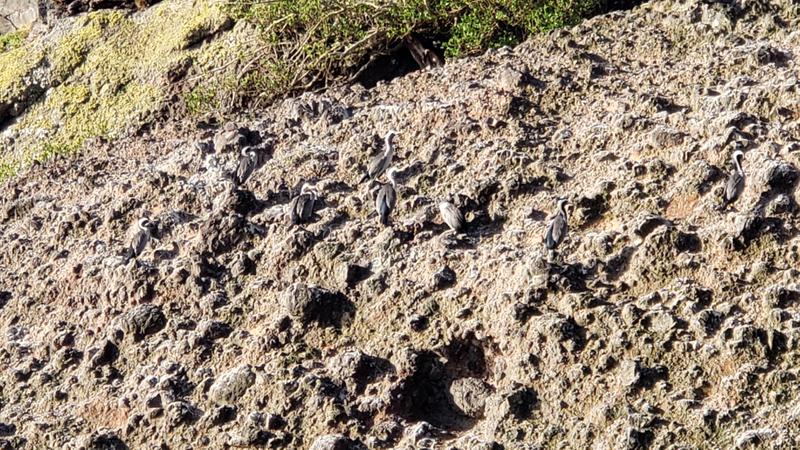 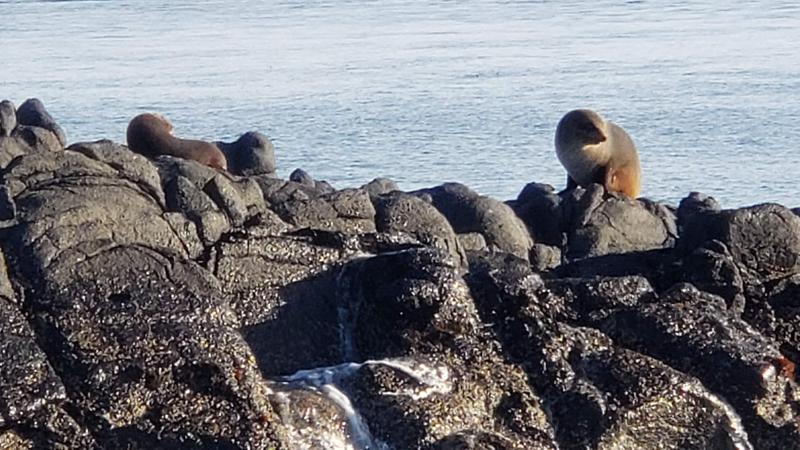 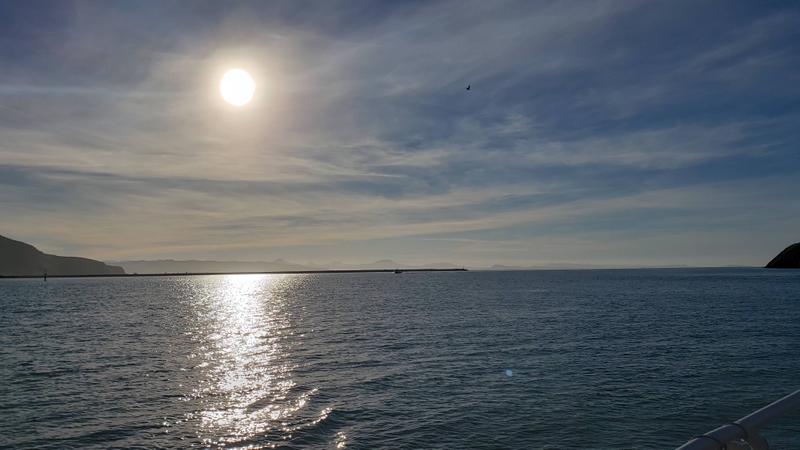 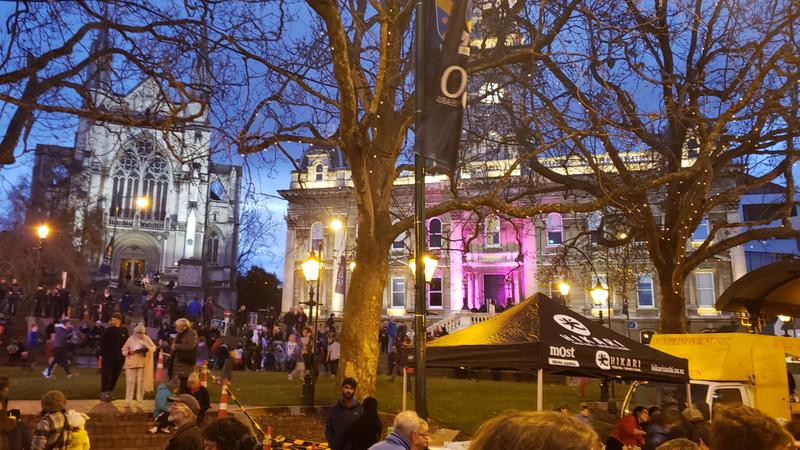 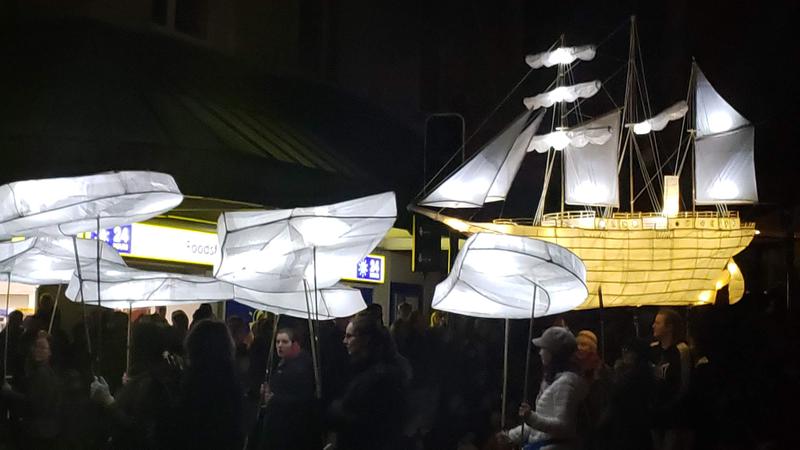 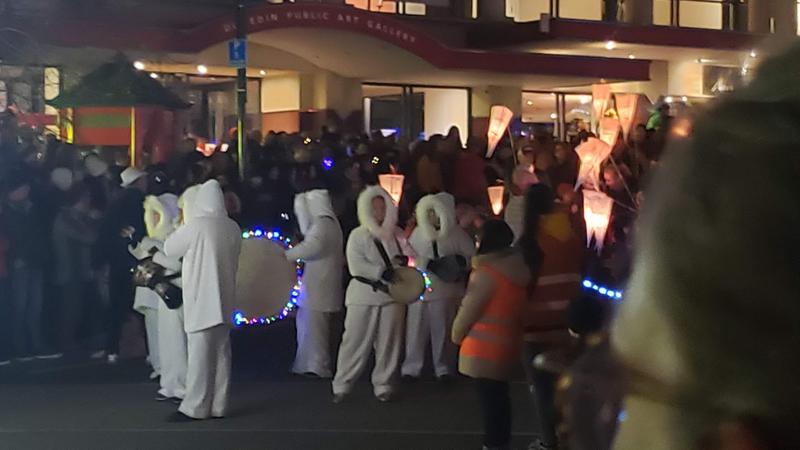 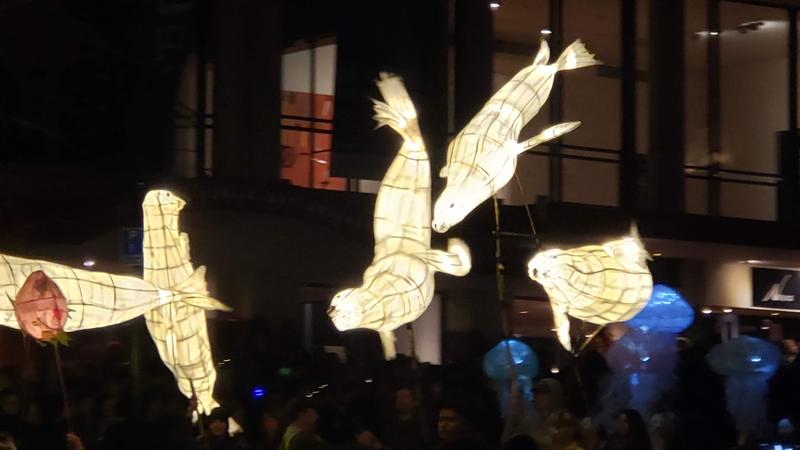 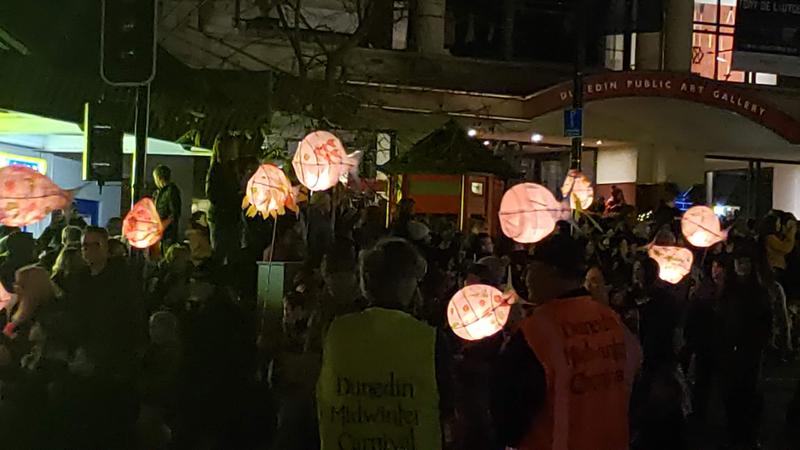 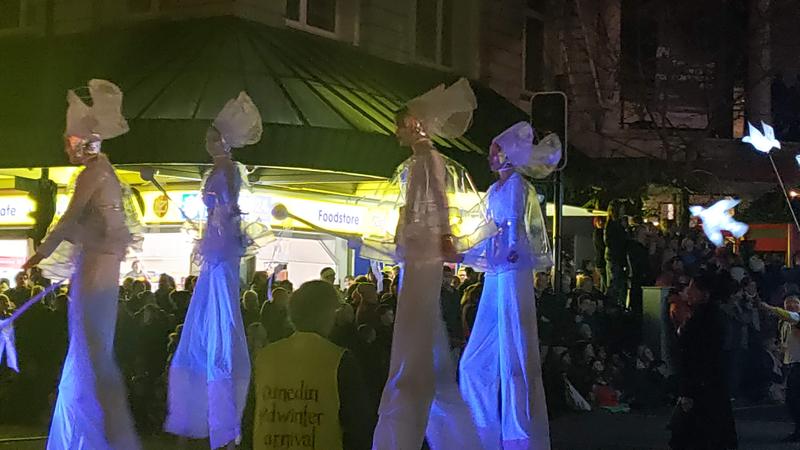 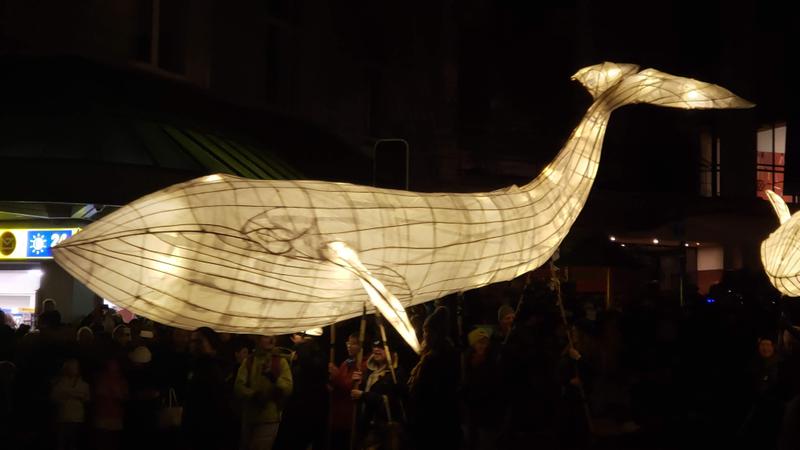 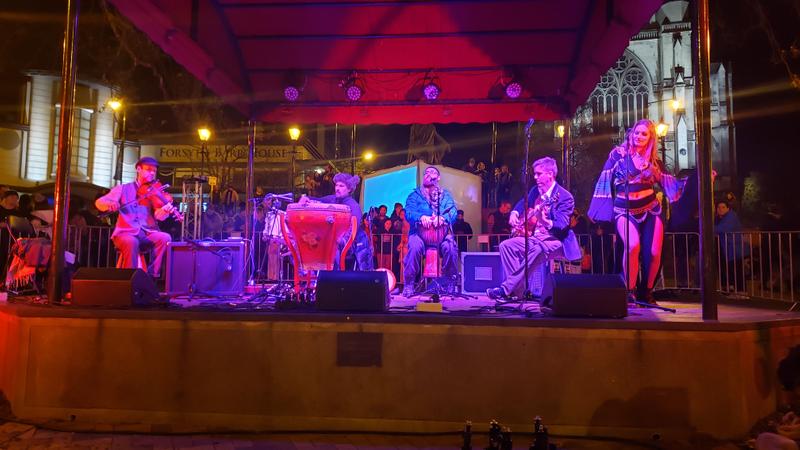 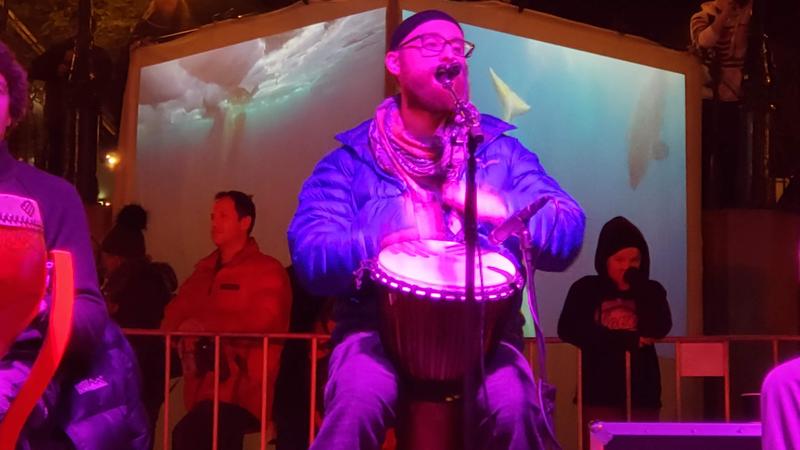 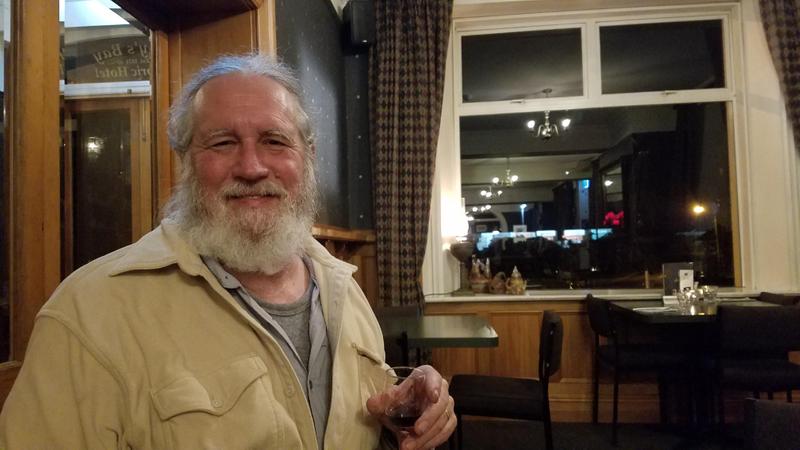