Not Just Another "Snickerdoodle"

Meet Ted! He is a 12 year old spoodle, and he reminds us a lot of puppy Monte (Monte being a spoodle / cockapoo mix). I fondly refer to such ginger, curly pooches as “snickerdoodles” - to cover all the mixes. It’s also a favorite cookie!

We are house and pet sitting for Ted and 5 chooks in the Mangatawhiri region of south Auckland. We know we are approaching the bigger cities when, the day before arrival, we walk around the urban lake in Hamilton and get up close and personal with tame pukekos! Yet, the rural home for which we are caring is tucked inside a patch of beautiful, forested bush such that both neighbors and the big city feel far, far away.

We have secured this house and pet sit through a new-to-us platform, Kiwi Housesitters, thus successfully testing the premise that we can pick up gigs while travelling. For a week we are caring for Ted and the chooks while the homeowners, a family with young children, are off skiing.

Ted is a classic old guy. He loves a little play, frequent belly rubs, lap time and his twice-a-day walks down the gravel drive through the forest past the bee boxes and out to the rural neighborhood where we greet the goats. He sleeps a lot of the time. At present, he is shaved so a bit less curly than Monte, but his eyelashes remain characteristically to-die-for! One lovable “snickerdoodle”.

The chooks are laying 4 eggs a day up in their coop in the bush, and Tim and I can’t keep up eating them. Interestingly, the homeowners share that rats were stealing eggs until they put a golf ball in each nesting box to deter the miscreants.

A BIG milestone (or kilometer-stone) event occurs while we are here. Tim meets his goal of 1 million steps in New Zealand!

Outside of our duties (including the occasional jump on the kid’s trampoline) we have been “re-grouping” as we prepare to return home. Our experiences in New Zealand have felt like the adventure of a lifetime (so far). We are thinking hard and discussing seriously about how to turn such adventuring into everyday living. 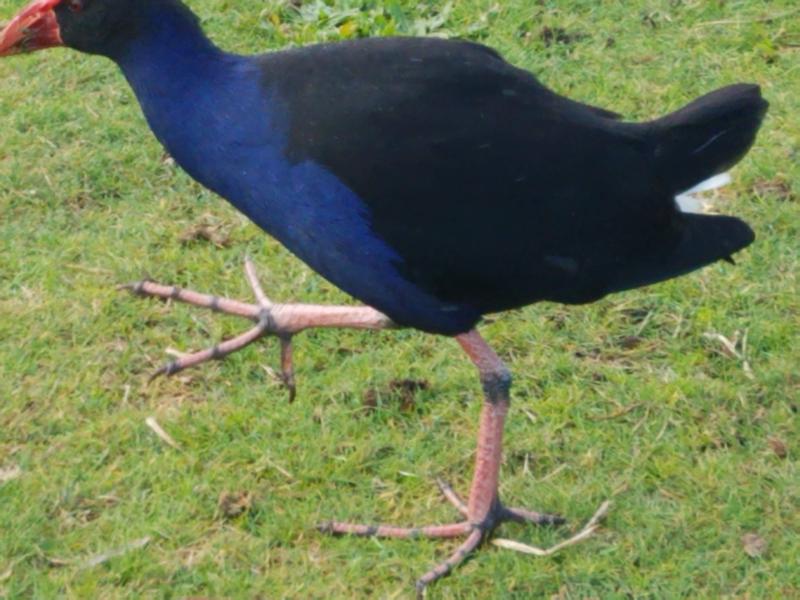 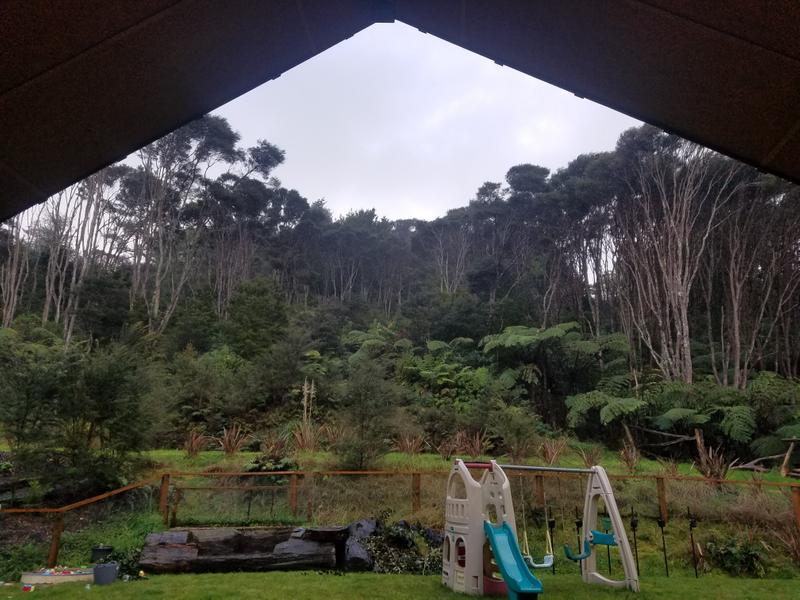 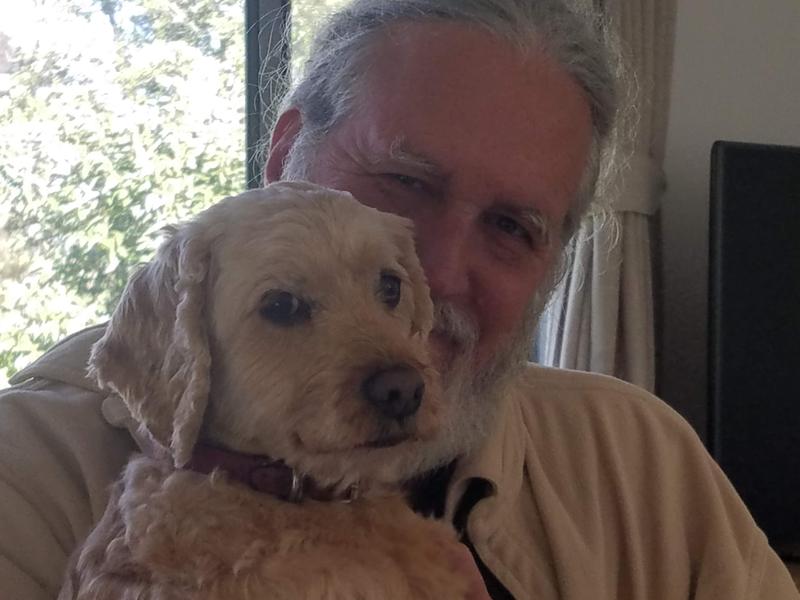 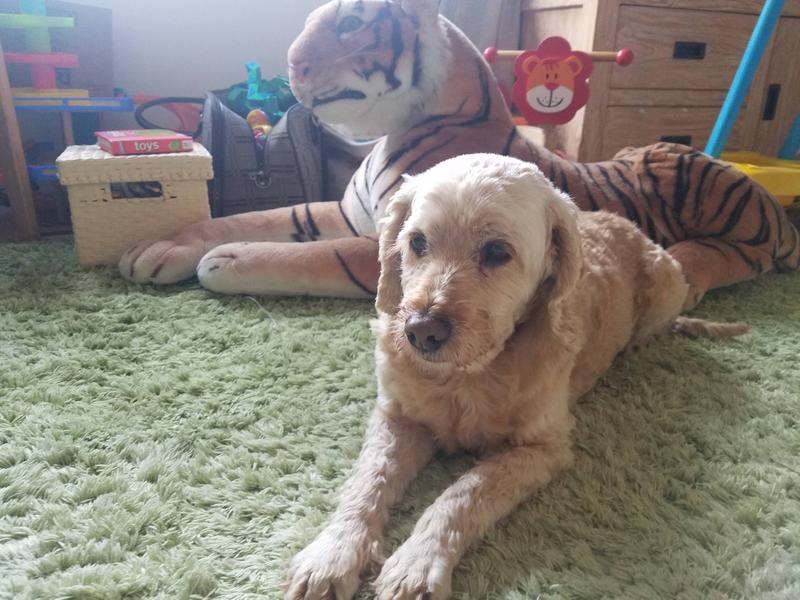 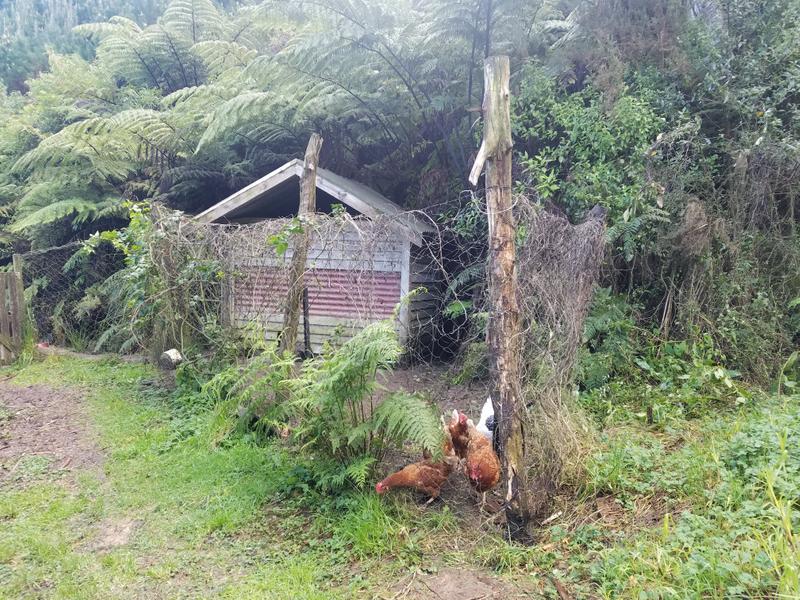 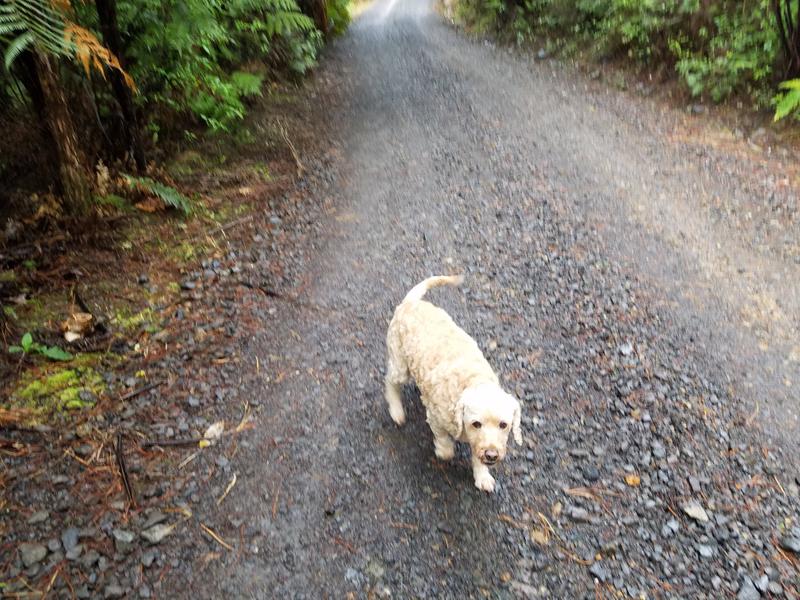 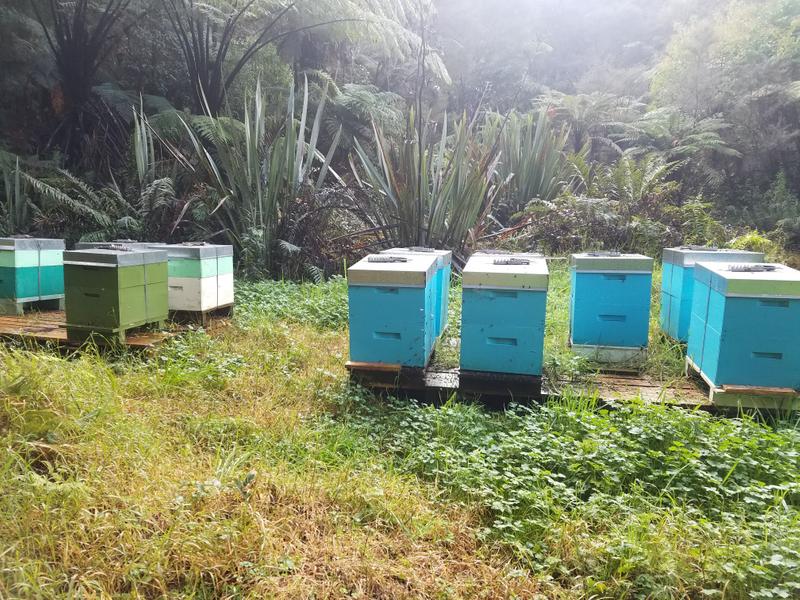 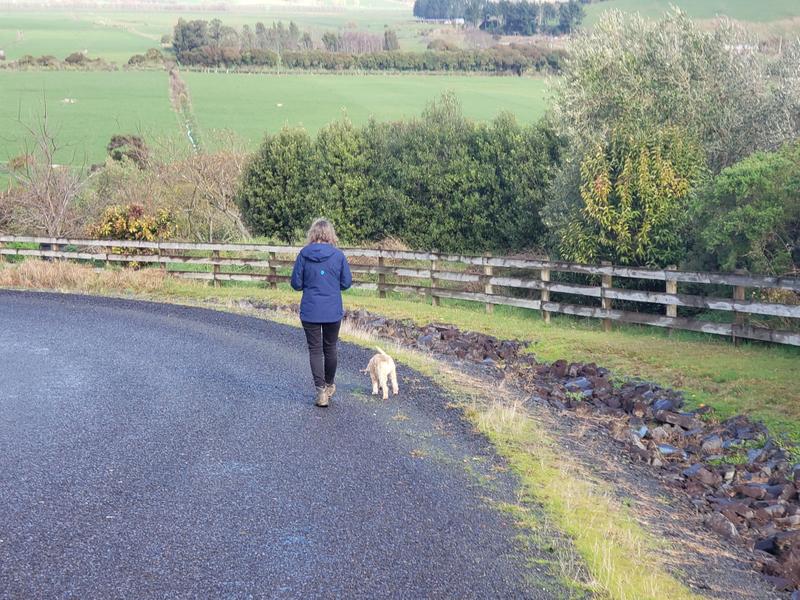 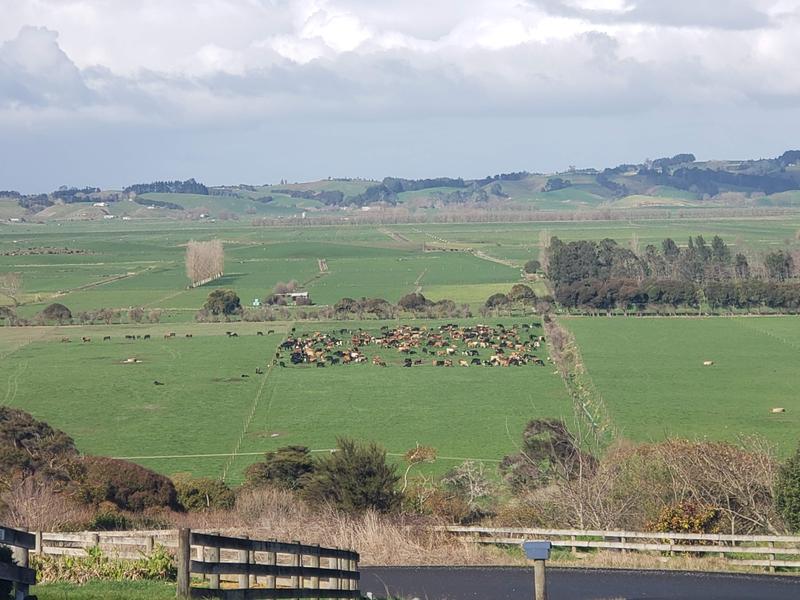 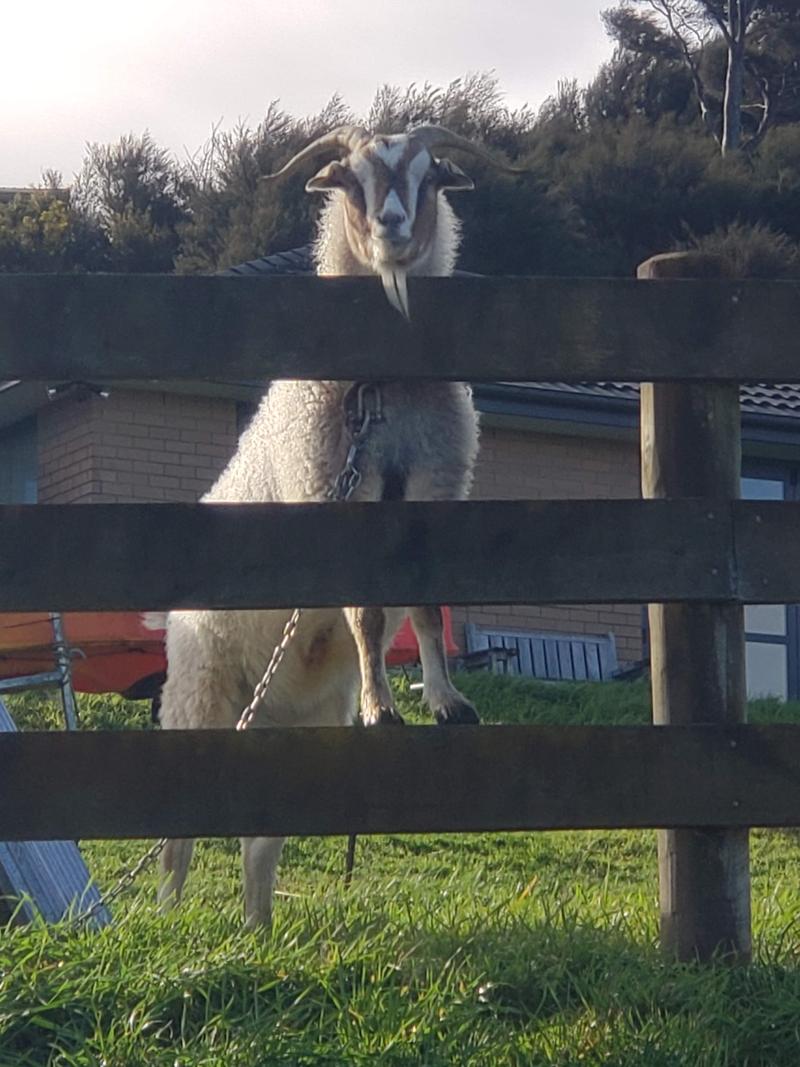 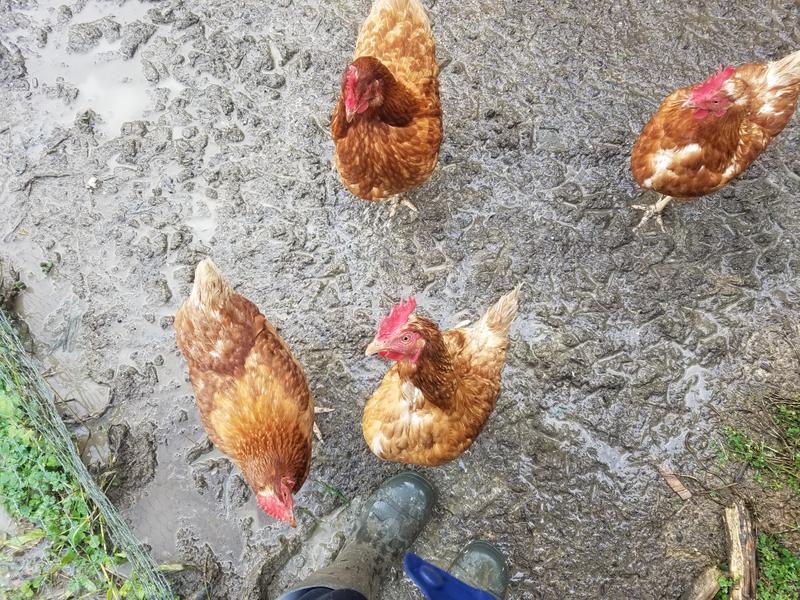 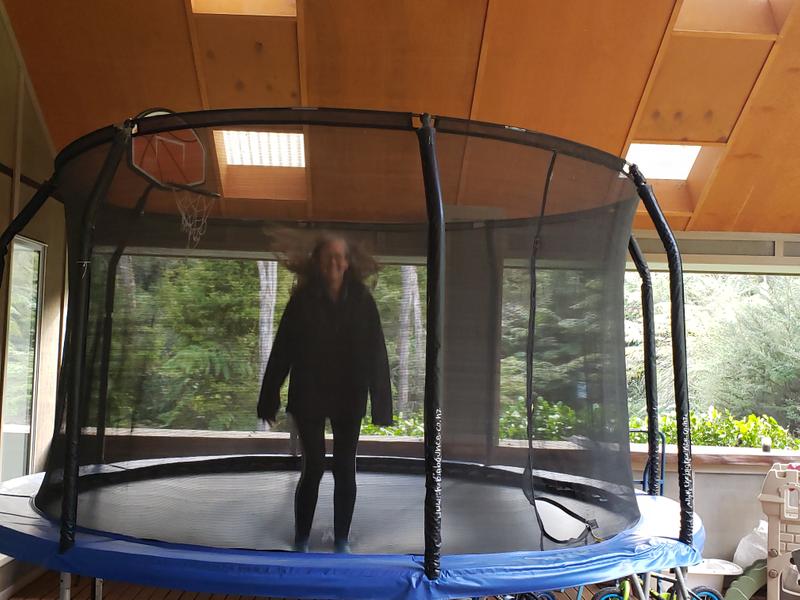 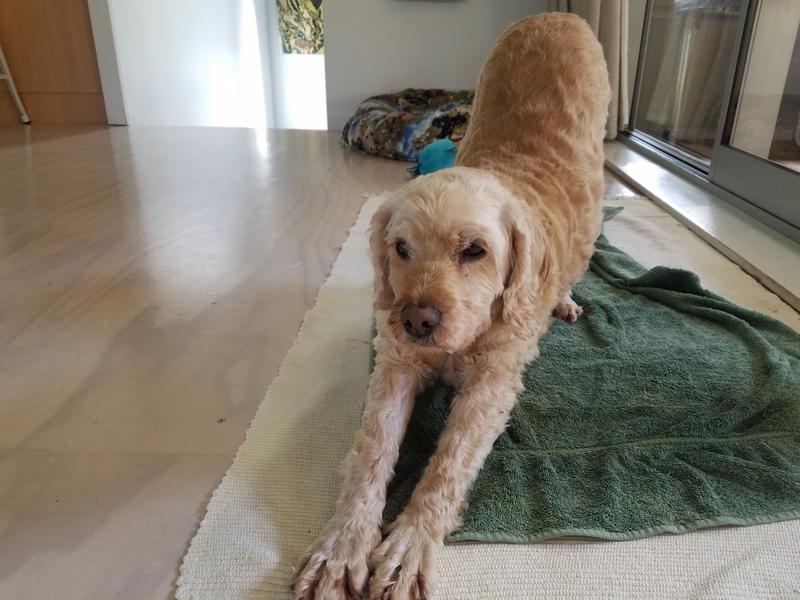 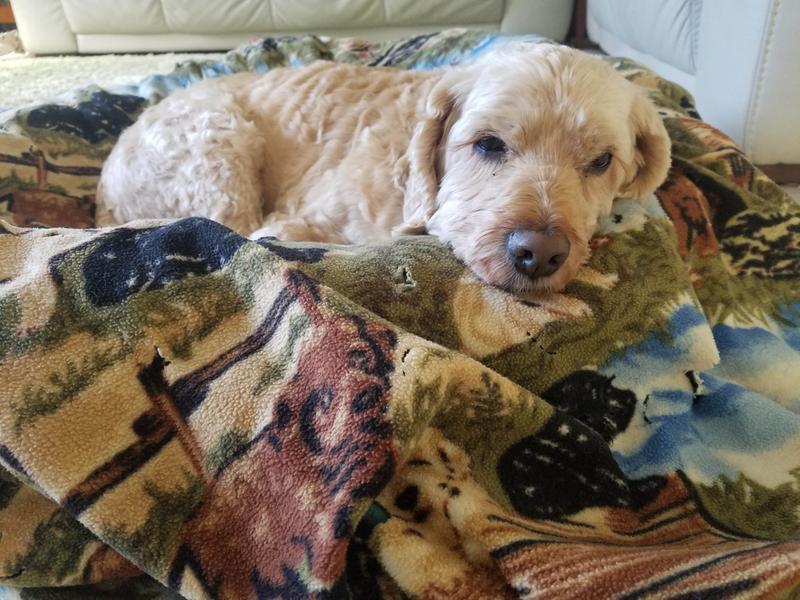 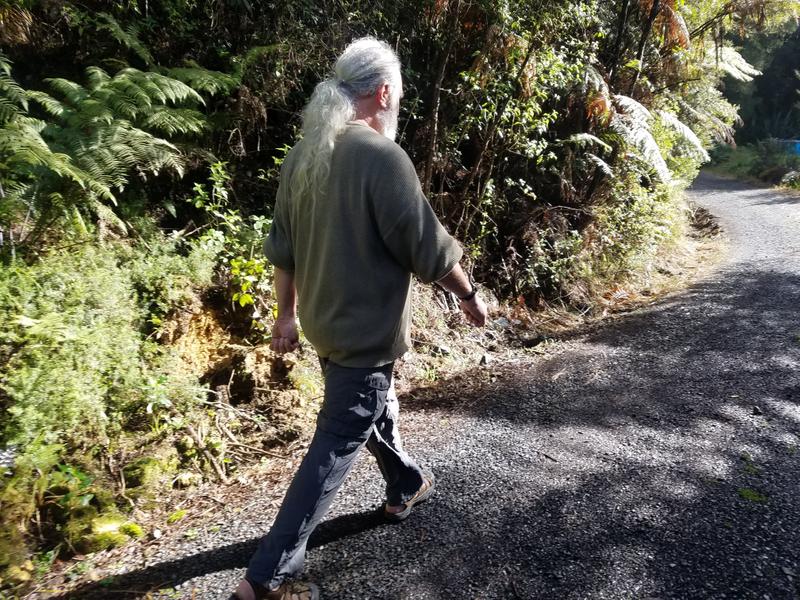 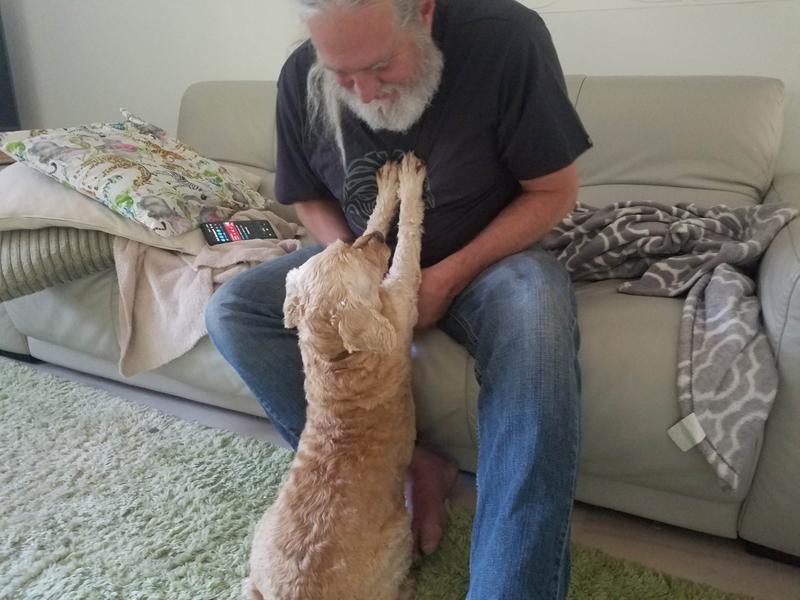